Anchor Brewing Company will once again celebrate Anchor Steam Beer, with the return of Drink Steam Week August 13-20, 2017. Back in 2015, the Mayor of San Francisco proclaimed the third week of August to be Drink Steam Week, celebrating Anchor’s pioneering role in the American beer industry and continued commitment to brewing in San Francisco. In its third annual year, Drink Steam Week has continued to expand nationwide and will consist of events and happenings across the country, so grab a pint and #RaiseYourAnchor to history that you can taste. #DrinkSteam 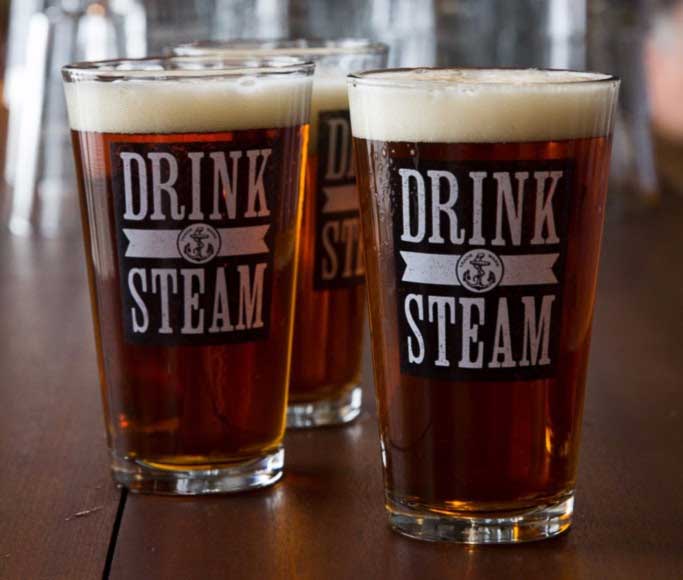 Drink Steam Week at Finnerty’s
Location: Finnerty’s in NYC
Time: 8-10pm
Event Details:
Grab a pint with the Anchor crew and learn about America’s first craft brewery! Giveaways while supplies last!
$5 pints of Anchor Steam!
Can’t make it to one of these events? Celebrate by stopping by any one of these nationwide official Drink Steam Week bars for a Steam Beer!

Anchor is America’s first and oldest craft brewery, with roots dating back to the California gold rush. Today, our beers are handmade from an all-malt mash in our traditional copper brewhouse. Our process combines the time-honored art of classical craft brewing with carefully applied, state-of-the-art modern methods.

State of the Brewing Art

MODERN TECHNIQUES FOR
AN ANCIENT CRAFT