COMEDY AT THE TAP HOUSE – TUESDAYS:

Atwater Brewery’s comedy night has moved to TUESDAYS!! Join us weekly for some great beer, food, friends and tons of laughter! Show starts at 7pm – see you there! 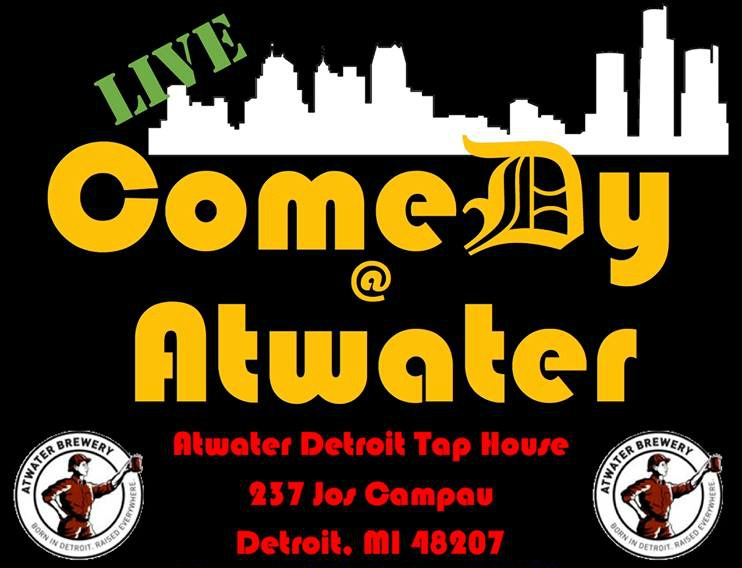 COMEDY AT THE TAP HOUSE – TUESDAYS

Time to jam at Atwater Brewery! Join us every 3rd Sunday for our Acoustic Open Mic night from 4-7pm, supported by the Detroit Blues Society! All types of acoustic music are welcome. No separate amps but a PA system will be provided. See you there! 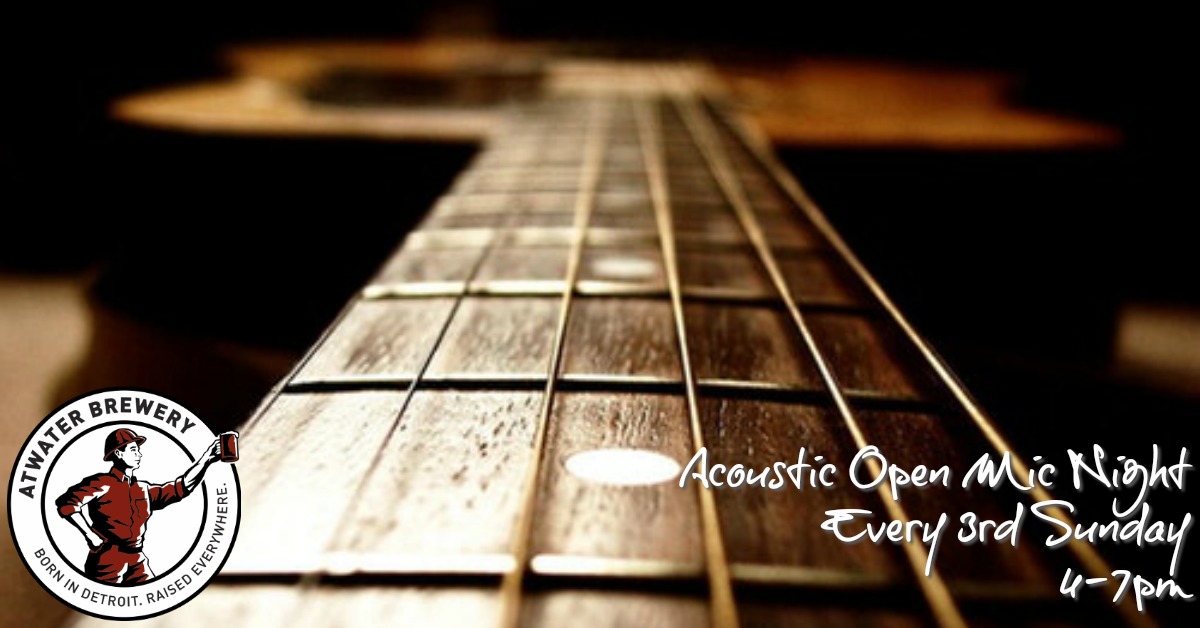 The Hightail to Ale 5K is celebrating 5 years of cheers! Join us May 11, 2018 for the fifth annual Friday night party with a 5K warm up at Atwater Brewery in Detroit, MI! Beer, fast course, great crowd, NEW bottle opener finisher medals that can mount to the wall, finisher pint glasses, lots of good times… and did we mention beer?! Get more info and register HERE. 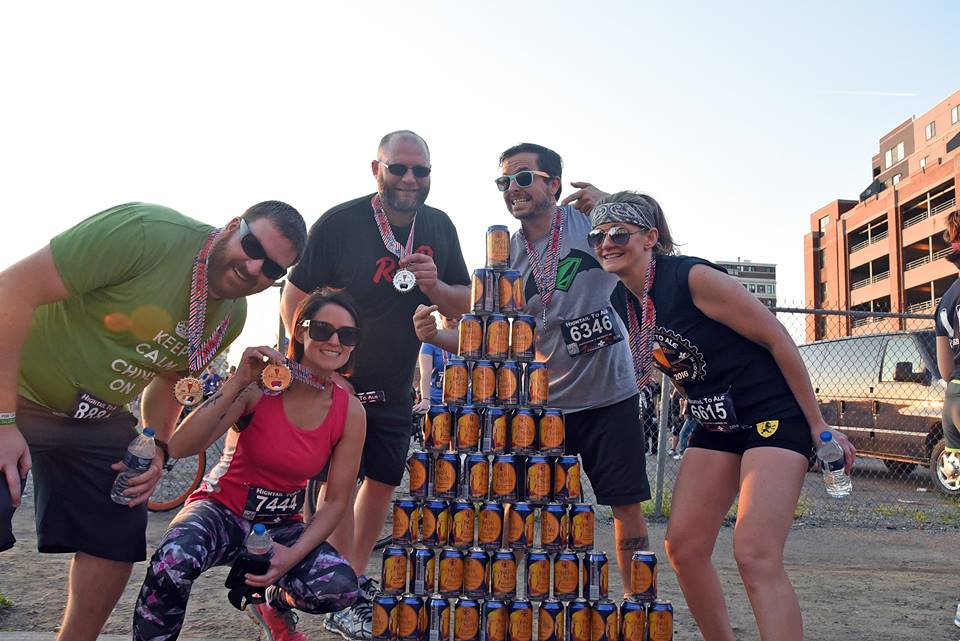 HAPPENING IN THE PARK

Chef Chris Franz & Brewer Brad Etheridge invite you to join them at Atwater in the Park for Chef Chris’s inaugural Beer Dinner! This 5 course dinner includes samples of 6 beers, meet & greet time with Chef Chris & Brad and a “Name that Beer” contest for one lucky attendee! Tickets are $45 plus 6% sales tax & 20% gratuity (note that both have been added to the final ticket price). CLICK HERE TO GET MORE INFO & YOUR TICKETS!
Read more about Chef Chris in THIS ARTICLE by Molly Abraham / Detroit News. Picture by: David Guralnick, The Detroit News 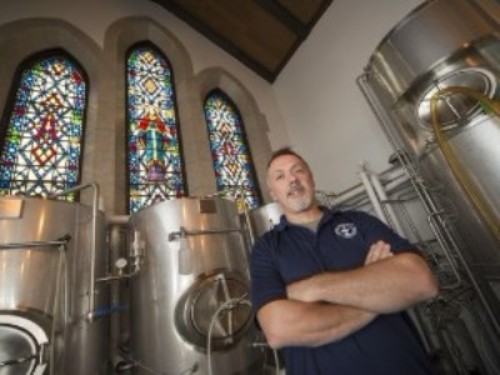 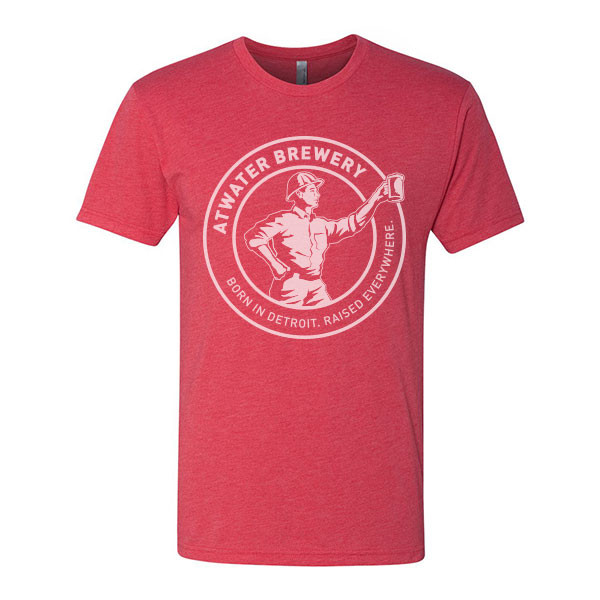 Atwater Logo Men’s Tee –
By far our most popular tee, this Atwater Brewery custom t-shirt is a great, mid-weight, standard fit shirt that will fit any budget. Designing your custom custom t-shirt has never been easier.

Located in Detroit’s historic Rivertown district, and housed in a 1919 factory warehouse, Atwater Brewery was founded in March of 1997 with the purpose of carrying on the rich history of breweries in Detroit. Our brewing process, however, is over 200 years old.

Our imported Kasper Schultz brew house allows us to brew our brands in the true heritage-style of traditional German lagers. And, when we say, “imported brew house,” we mean it! All of our main brewing equipment was brought in from Germany, where precision and passion for beer has its roots. In fact, when we have service calls on our equipment, we call in the Germans!

Likewise, we only use the finest malt and hops from Germany to brew our lagers. Our specialty ales, on the other hand, are brewed with only the finest American hops. All of which makes Atwater beers distinctly fresh and flavorful. Which is exactly why we live by the slogan: “We drink all we can and sell the rest.”

“Founded in 1997, Atwater Block Brewery made its debut in Detroit, Michigan in the historic Rivertown district. The original owner’s reasoning and focus was to bring back the Bohemian style lager that Stroh’s Brewing Company had made famous in the mid 1800’s. The passion for beer started in 1848 when the first mass produced beer was bottled in the Detroit area. So although Detroit is known for being the Motor city, at one time Michigan had more production breweries than anyone in the country. Atwater wanted to re-invent that product back in 1997 of making German style Lagers. The owners purchased a Kasper Schulz, the oldest makers of brewing equipment in the world! It was purchased at a trade show in 1996 and by 1997 Atwater was producing beer!

Mark Rieth, graduate of Michigan State University, personally invested into the brewery in 2002 and purchased the brewery outright in 2005. Rieth’s background and passion for beer took off when he lived in Boston, MA in the late 80’s. He was brewing his own Sam Adams Boston Lager knock-offs right out of his basement and sharing it at parties. With an automotive background, Rieth already had a strong understanding of the three tier system of production to distributor to consumer. He moved back to Detroit in 1997 with intent to be a part of bringing Detroit back and stumbled across Atwater. After realizing it was a German style brew house which happened to produce his favorite style of lager, Rieth knew immediately what he wanted.

Rieth purchased the brewery outright in 2005 and exponential growth soon followed. Dirty Blonde and Vanilla Java Porter quickly became front runners in the Michigan market, along with Hop-a-Peel, an American IPA, and the Bronze World Beer Cup Winner, Decadent Dark Chocolate. Atwater expanded distribution on the east coast soon after and has had great success.

Atwater currently holds true to making traditional German style lagers, along with unique boutique ales. Rieth says, “We’ve analyzed the marketplace and studied what consumers really want in a beer and have successfully provided this for them”. Atwater keeps things fun around the brewery, never taking things too seriously; a favorite slogan around here, “We drink all we can and sell the rest”. Rieth says the company recently became international when beer was shipped to Munich, Germany in a partnership with an all-American craft beer tap house. Today the brewery is thriving and expanding at its original Joseph Campau location, including a full scale Biergarten and Tap House. We recently opened Atwater in the Park which is located 8 miles from the brewery in a renovated church serving unique styles and great food, along with Atwater Spirits and Wine. Atwater in Grand Rapids opened its doors in October 2016 and is located in the renovated Rowe Hotel downtown.