Coogan’s, an Uptown Stalwart, Makes Its Last Stand. Count out the weeks between now and the end of May, when a bar and restaurant in Upper Manhattan called Coogan’s is set to close, and you come up with about 80 more deliveries of fish and meat; 50 times when crates of vegetables will be unloaded through its kitchen door on 169th Street; and five revisions of a menu that is built on a foundation of burgers and steaks, and climbs upward from there.

If that were the end of it, bags of produce and cases of liquor no longer needed, it might not be worth a second glance.

But since Coogan’s opened in 1985, the restaurant and its owners have left footprints in their neighborhood that go far beyond the service of food and drink. Where others saw a broken neighborhood and city, they built a sprawling, homey space that erased ethnic, class, racial and religious boundaries, fully embracing and embodying the promise of New York. On the walls are posters of John F. Kennedy, former president of the United States, and Leonel Fernández Reyna, former president of the Dominican Republic. 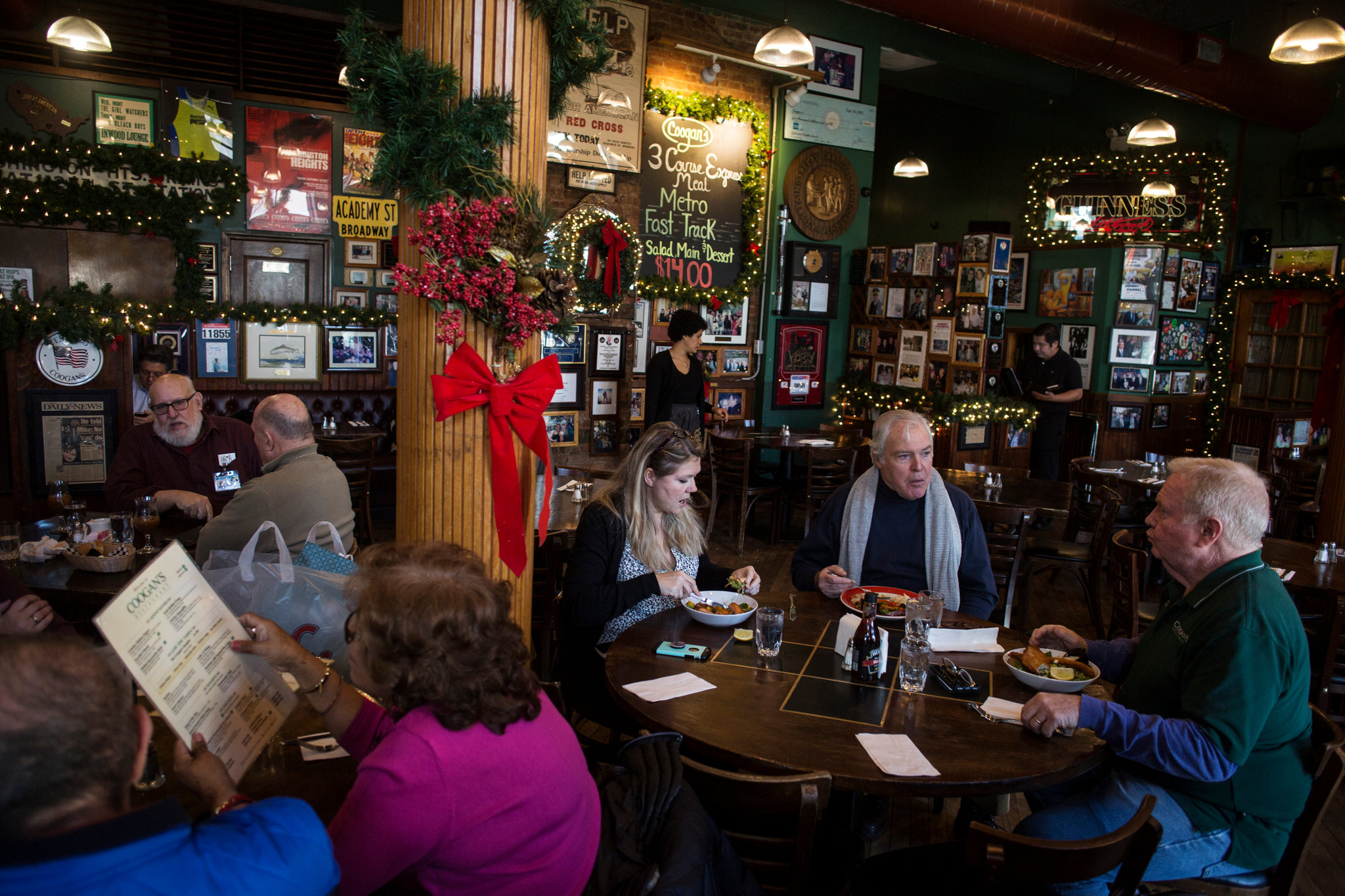 Coogan’s, a bar and restaurant that has served as a community hub in Washington Heights for more than 30 years, will close in May because of rising rents, its owners say. Credit Victor J. Blue for The New York Times

Coogan’s will be closing this spring for the usual horrible reasons, the end of a lease and impossible rent demands for a new one. Its space is owned by the neighborhood’s dominant institution, NewYork-Presbyterian Hospital, which once was delighted to have any legitimate business running in a neighborhood that was a headquarters of the city’s drug trade and its collateral murders.

Now, in more peaceful and prosperous times, the hospital’s leadership has emptied out nearly an entire block of commercial real estate along upper Broadway. A 16-unit apartment building it owns on 169th Street has been vacant for nearly five years. Full article…

Posted in News and tagged news.