December at Atwater Brewery is here and so is the Holiday Season! We’re kicking things off at our Detroit Tap Room with a Holiday Beer Dinner on December 1st at 7:00pm. Attendees are also invited to come down early and tour the brewery at 5:00pm or 6:00pm! What better way to toast to the season is there than this?? Check out the menu & get your tickets below…

Tickets are $45 per person (plus tax & tip). Click here to get yours! (Please note that 6% sales tax & 21% gratuity are reflected in the final ticket price)

HOLIDAY BRUNCH IN THE PARK – DEC 10: Gather the family and head over to Atwater in the Park for our Holiday Brunch on Sunday, December 10th from 10AM-2PM. Chef Chris Franz’s plated menu (coming soon!) will have a little something for everyone and you know the Bloody Marys will be flowing, too! Expect more fun “Brunchy” cocktails and beer specials, too! Kids will be able to write a letter to Santa to let him know all they wish for – and how good they’ve been all year! We’ll collect all the letters in our special Direct-to-the-North-Pole mailbox and send them on their way! Don’t miss this family-friendly day in the Park! Reservations for groups of 6 or more are recommended. Please contact Alex at eventspark@atwaterbeer.com or 313-344-5104 to make yours! 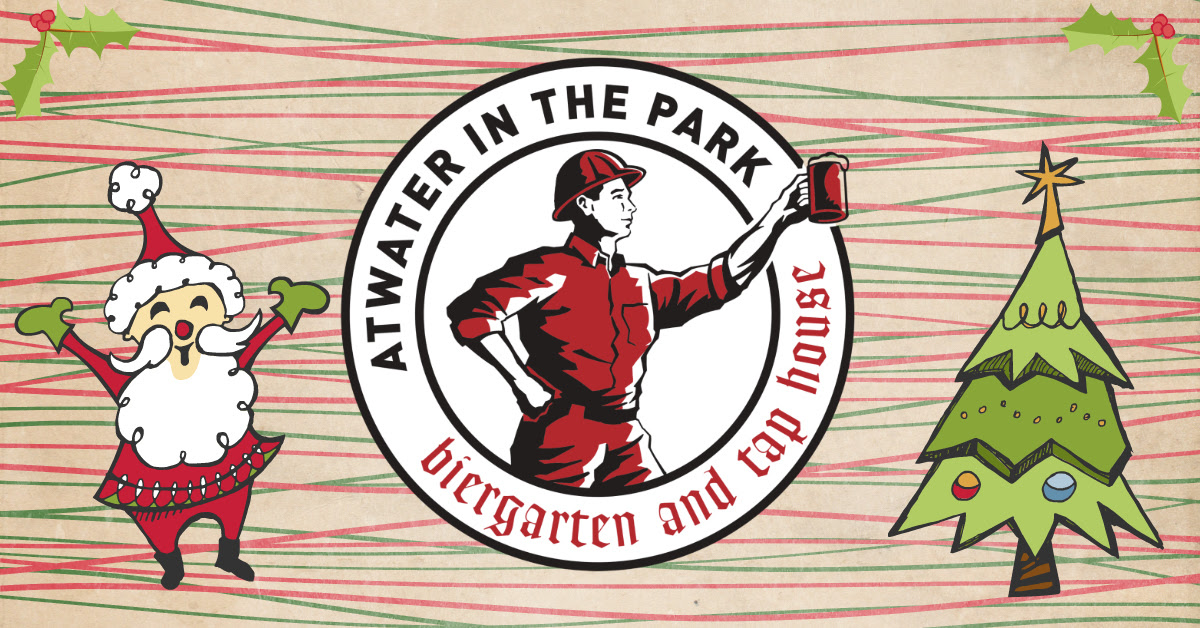 DEC 21 – UGLY SWEATER PARTY: It’s gonna get UGLY in here! Find the ugliest Christmas sweater possible and join us in the Detroit Tap Room from 5-10pm! We’ll have a DJ spinning + food & drink specials all night long! Prizes will be awarded for the best (worst??) outfits so make sure you bring it!! Atwater in the Park will keep the ugly fun going on Dec 22nd from 8pm-12am with live music from local favorites Dilly Dillinger and more prizes, too! 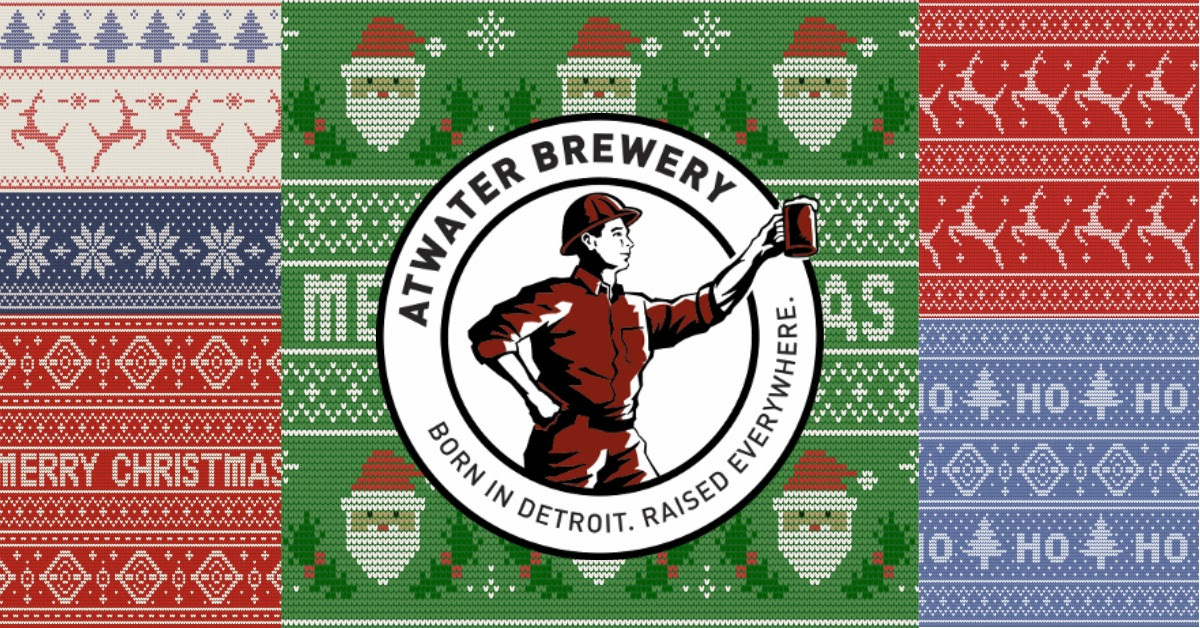 DEC 31 – NEW YEAR’S EVE 2017: Get your New Year’s Eve party started with Atwater! The Detroit Tap House will have a Happy Hour Party from 5-8pm with the perfect food & drink specials to get the last night of the year started with a bang! Or, visit Atwater in the Park and enjoy dinner with Chef Chris’s 3-course prix fixe menu and Brewer Brad’s paired beer flights! PROST TO 2018! 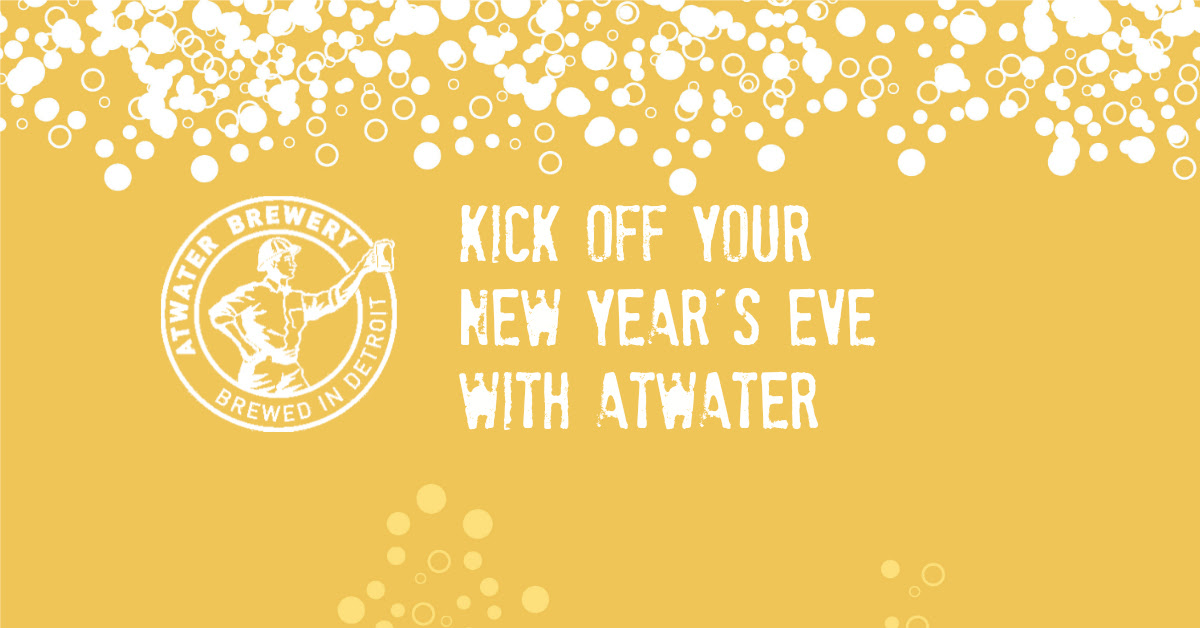 ATWATER GIFT CARDS – From December 1st – 23rd, get a $6 bonus card for every $30 purchased in Atwater Gift Cards. Stop in and see the bartender and cross just about everyone off your holiday shopping list. Oh, and have a beer while you do it. Who’s a gift-giving boss? YOU. 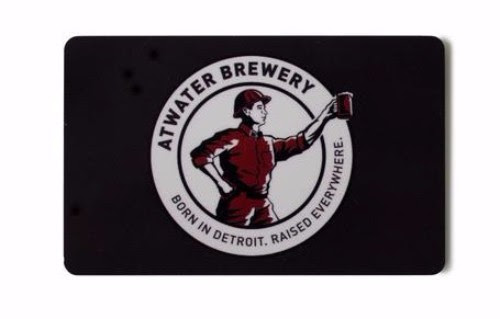 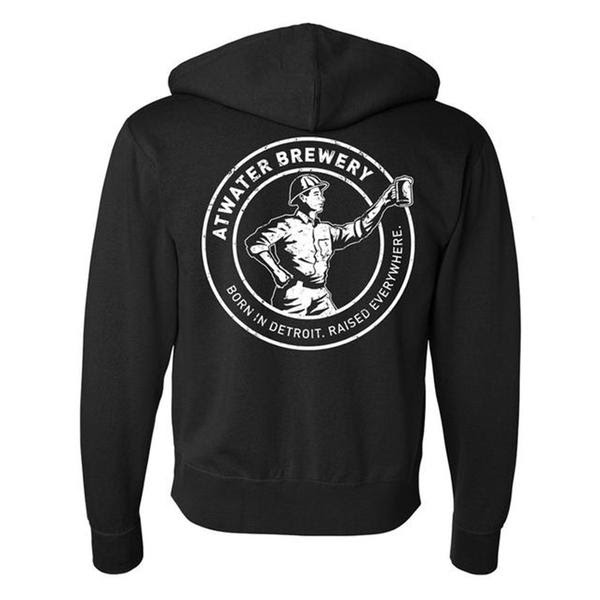 Atwater Logo Men’s Tee – Soft Red Triblend tee with the Original Atwater Logo printed in a soft, vintage look on the front of the tee. Comfortable and classic. 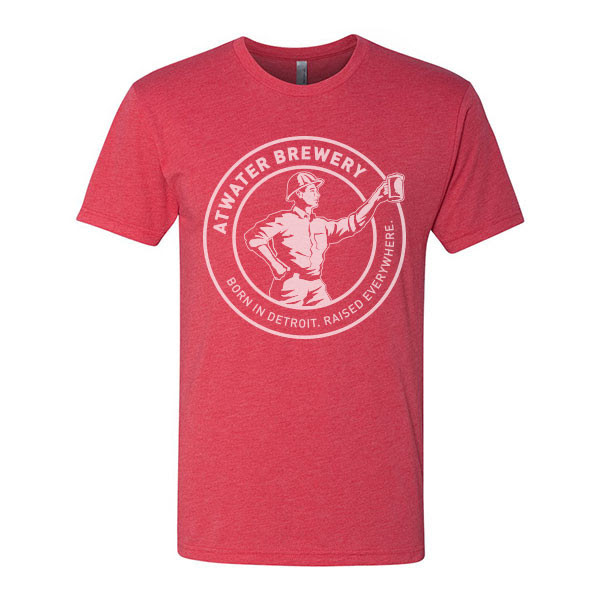 Atwater Brewery
Located in Detroit’s historic Rivertown district, and housed in a 1919 factory warehouse, Atwater Brewery was founded in March of 1997 with the purpose of carrying on the rich history of breweries in Detroit. Our brewing process, however, is over 200 years old.

Our imported Kasper Schultz brew house allows us to brew our brands in the true heritage-style of traditional German lagers. And, when we say, “imported brew house,” we mean it! All of our main brewing equipment was brought in from Germany, where precision and passion for beer has its roots. In fact, when we have service calls on our equipment, we call in the Germans!

Likewise, we only use the finest malt and hops from Germany to brew our lagers. Our specialty ales, on the other hand, are brewed with only the finest American hops. All of which makes Atwater beers distinctly fresh and flavorful. Which is exactly why we live by the slogan: “We drink all we can and sell the rest.”

“Founded in 1997, Atwater Block Brewery made its debut in Detroit, Michigan in the historic Rivertown district. The original owner’s reasoning and focus was to bring back the Bohemian style lager that Stroh’s Brewing Company had made famous in the mid 1800’s. The passion for beer started in 1848 when the first mass produced beer was bottled in the Detroit area. So although Detroit is known for being the Motor city, at one time Michigan had more production breweries than anyone in the country. Atwater wanted to re-invent that product back in 1997 of making German style Lagers. The owners purchased a Kasper Schulz, the oldest makers of brewing equipment in the world! It was purchased at a trade show in 1996 and by 1997 Atwater was producing beer!

Mark Rieth, graduate of Michigan State University, personally invested into the brewery in 2002 and purchased the brewery outright in 2005. Rieth’s background and passion for beer took off when he lived in Boston, MA in the late 80’s. He was brewing his own Sam Adams Boston Lager knock-offs right out of his basement and sharing it at parties. With an automotive background, Rieth already had a strong understanding of the three tier system of production to distributor to consumer. He moved back to Detroit in 1997 with intent to be a part of bringing Detroit back and stumbled across Atwater. After realizing it was a German style brew house which happened to produce his favorite style of lager, Rieth knew immediately what he wanted.

Rieth purchased the brewery outright in 2005 and exponential growth soon followed. Dirty Blonde and Vanilla Java Porter quickly became front runners in the Michigan market, along with Hop-a-Peel, an American IPA, and the Bronze World Beer Cup Winner, Decadent Dark Chocolate. Atwater expanded distribution on the east coast soon after and has had great success.

Atwater currently holds true to making traditional German style lagers, along with unique boutique ales. Rieth says, “We’ve analyzed the marketplace and studied what consumers really want in a beer and have successfully provided this for them”. Atwater keeps things fun around the brewery, never taking things too seriously; a favorite slogan around here, “We drink all we can and sell the rest”. Rieth says the company recently became international when beer was shipped to Munich, Germany in a partnership with an all-American craft beer tap house. Today the brewery is thriving and expanding at its original Joseph Campau location, including a full scale Biergarten and Tap House. We recently opened Atwater in the Park which is located 8 miles from the brewery in a renovated church serving unique styles and great food, along with Atwater Spirits and Wine. Atwater in Grand Rapids opened its doors in October 2016 and is located in the renovated Rowe Hotel downtown.