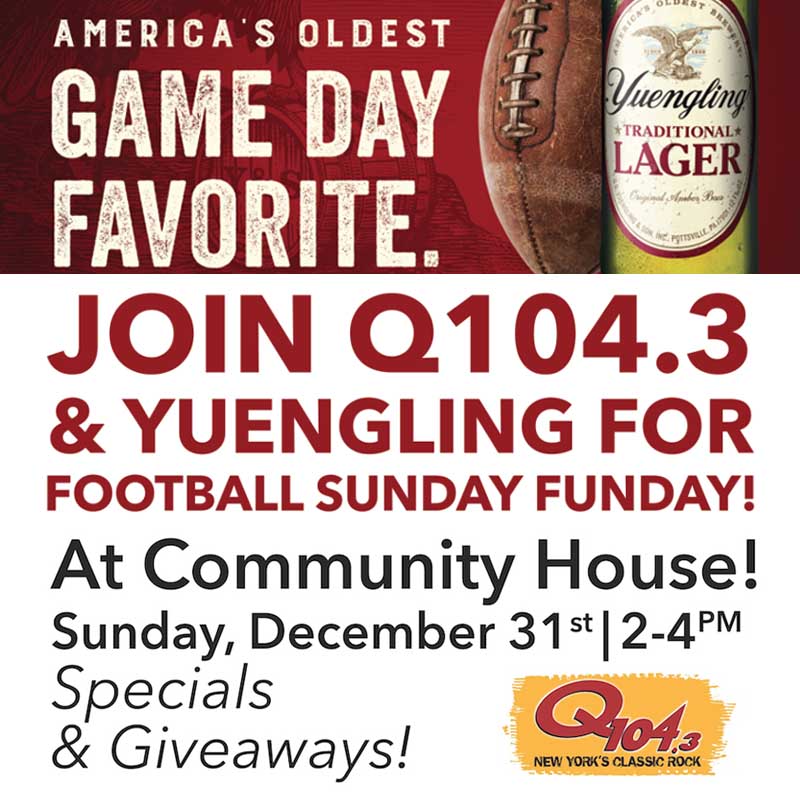 D. G. Yuengling & Son is the oldest operating brewing company in the United States, established in 1829. It is one of the largest breweries by volume in the country. Based on sales in 2011, Yuengling was tied with the Boston Beer Company, maker of Samuel Adams brands, as the largest American-owned brewery. Its headquarters are in Pottsville, Pennsylvania. Yuengling produces about 2.8 million barrels annually, operating two Pennsylvania facilities and a brewery in Tampa, Florida.

The German brewer David Gottlob Jüngling immigrated to the United States in 1823 from Aldingen, a suburb of Stuttgart, in the Kingdom of Württemberg. He anglicized his surname from Jüngling to Yuengling and began the “Eagle Brewery” on Center Street in Pottsville in 1829. His eldest son, David, Jr., left the Eagle Brewery to establish the James River Steam Brewery along the James River in Richmond, Virginia. The first brewery burned down in an 1831 fire and the company relocated to W. Mahantongo Street at 5th Street, its current location.

The Eagle Brewery changed its name to “D. G. Yuengling and Son” in 1873 after Frederick Yuengling joined his father David in running the company. Although the company’s name changed, the bald eagle remained the company’s emblem. During the late 19th century, breweries were also opened in Saratoga Springs, New York City, and Trail, British Columbia, although they were eventually merged with the Pottsville plant.

Community House Rockaway Park is a newly renovated venue that features a Full Service Restaurant. It has a Sports Bar, Indoor-Outdoor Patio and a 6,700 square foot Beer Garden. Enjoy Comfort Food while sipping a creative cocktail, craft beer or your favorite frozen beverage.

Reserve one of our large party spaces for the perfect gathering. Choose between our back room, our 3,000 square foot covered back yard or BOTH! Our in house stage and music system makes it easy for a DJ or band to just plug in and play.