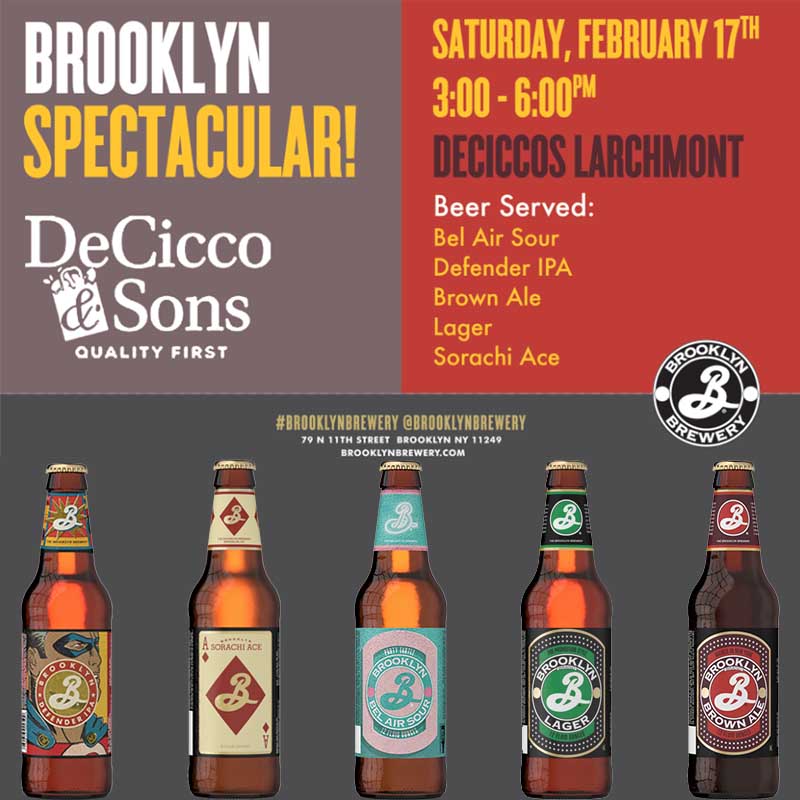 Like our namesake borough, the Brooklyn Brewery is made up of a rich collection of characters from all over the world. In our Williamsburg home, these characters are dedicated to brewing and selling great beer and enriching the communities we serve. Together, these Brooklyners have assembled the skills needed to transform a home brewing hobby into an independent brewery with a brand that has become an international beacon for good beer.

Among our team is Garrett Oliver, a prolific author and James Beard Award-winning brewmaster, and cofounder Steve Hindy, author and beer industry commentator. It’s more than just a collection of relevant résumés. That dapper brewmaster of ours is also a talented chef with an impressive collection of swords and pop culture witticisms, each sharper than the next. Brooklyn Brewer’s CEO first honed his sales skills selling metal mixtapes in Cairo as a teenager. Our technical director owns the upstate farm she grew up on, producing maple syrup and growing crops and the hops used in our Greenmarket Wheat.

Our Warehouse & Logistics Manager closes his computer each day to go play in a Ween cover band. The brewing and packaging teams include people who speak English, Arabic, Urdu, Spanish, Mandingo and French; all of them line up during early morning shifts to buy tamales from the back of Maria’s bicycle when she stops in front of the loading dock. We have musicians, actors, writers, crossword enthusiasts, directors, athletes, home chefs and scientists that converge in Williamsburg every day to work on one thing: making Brooklyn Brewery beer delicious, adventurous and available to all.

Award-Winning Craft Beer Selection
DeCicco’s award winning beer department sometimes leaves people wondering, “Is DeCicco’s a supermarket with awesome beer? Or a beer store that sells awesome food?” Visit one of our locations and decide for yourself. We have one of the most comprehensive beer selections in the state of New York. We have a vast bottle selections and an ever-changing draft list for growler fills. Our stores in Brewster and Armonk also have beer and wine bars. And we regularly host brewers for specials events and releases.

The DeCicco beer team also pairs with some of the area’s best brewers to create some wonderful and unique collaborations, including Captain Lawrence, Six Point, Peekskill, Yonkers, Newburgh, Rushing Duck and Evil Twin. Stop by and see why DeCicco’s has been rated “Best Beer Retailer in New York” and “Top Places For Beer In The World.”

If you want to find out which new bottles or brands we have in stock, see what awesome beers we have on tap, or find out about upcoming events and tap takeovers. Follow us on Twitter and Instagram by following the links below. Cheers!

Started in 1972 by John, Joe, and Frank DeCicco in a tiny storefront in the Bronx. DeCicco’s then grew slowly but surely into the thriving business we know today with the help of the rest of the DeCicco family. With a lot of hard work, customer satisfaction, superior service and a constant presence of the best food options available on the market. DeCicco’s built itself a well-cemented reputation of being the food market of choice for those who have a serious love for food and cooking in general.

Growing up in a family such as ours that has cherished food all of our lives. And we simply demand only highest quality and the best selection in the food choices that we are presented. It is with this same mentality that we have modeled our stores since day one. Only the finest produce, the best quality meat, the freshest seafood, the most diverse grocery. And the best prepared deli selection would suffice. However, the premium quality doesn’t stop there: We also feature some of the most diverse craft beer and cheese selections in New York. And with thousands of varieties that span every corner of the world. Whether you’re a worldly chef or simply a curious food aficionado looking to try the best of everything, DeCicco’s will always be your one-stop destination.