Try the best beers from Germany at the Draft Barn Warsteiner Tap Takeover. There will be prizes and giveaways too! Saturday, February 22nd, 6:30pm. 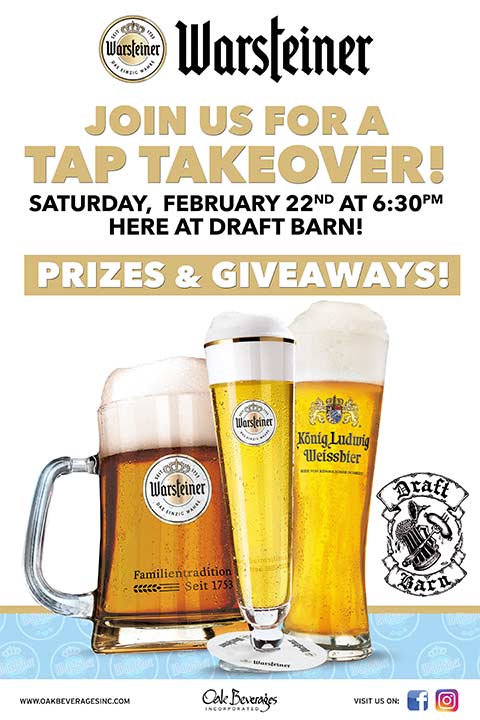