Be the best dressed Bavarian King or Queen at the Reichenbach Hall Konig Ludwig Costume Party! Winner gets an expenses paid trip (including guest) to TROG 2019 on October 3rd, 4th. and 5th in Wildwood, NJ. This prize is valued at over $1000! 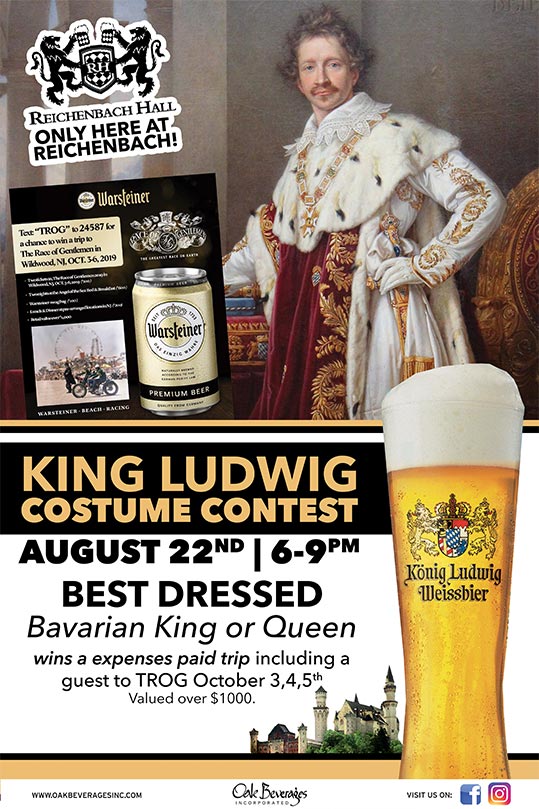