Test your Beer Stein holding skills at the Reichenbach Hall March Warsteiner Masskrugen! The contest will be limited to 10 contestants and there will be a Grand Prize! 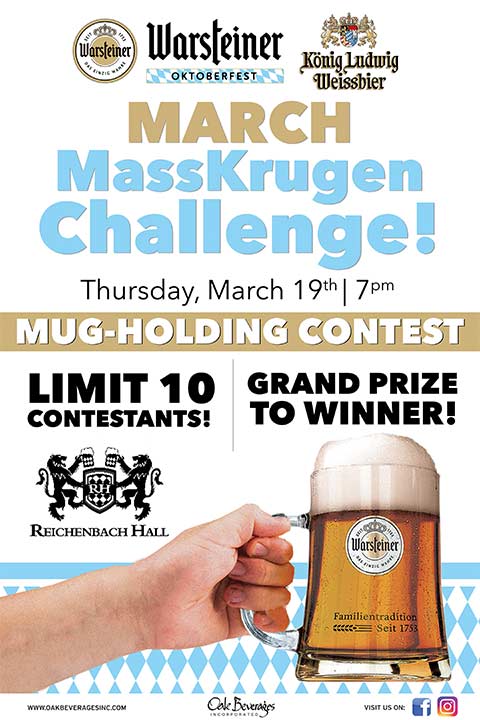