Test your Beer Stein holding skills at the Reichenbach Hall Warsteiner Masskrugen Challenge! The contest will be limited to 10 contestants and there will be a Grand Prize! 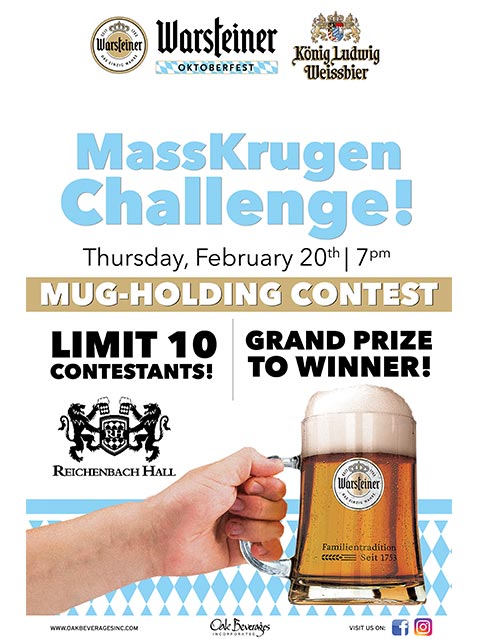 Our priority during this challenging time is to keep our staff safe, informed, and updated. And to ensure our clients are served in a safe and timely manner. We will continue to make updates on social media and provide helpful links from local and state authorities concerning Covid-19. Dismiss