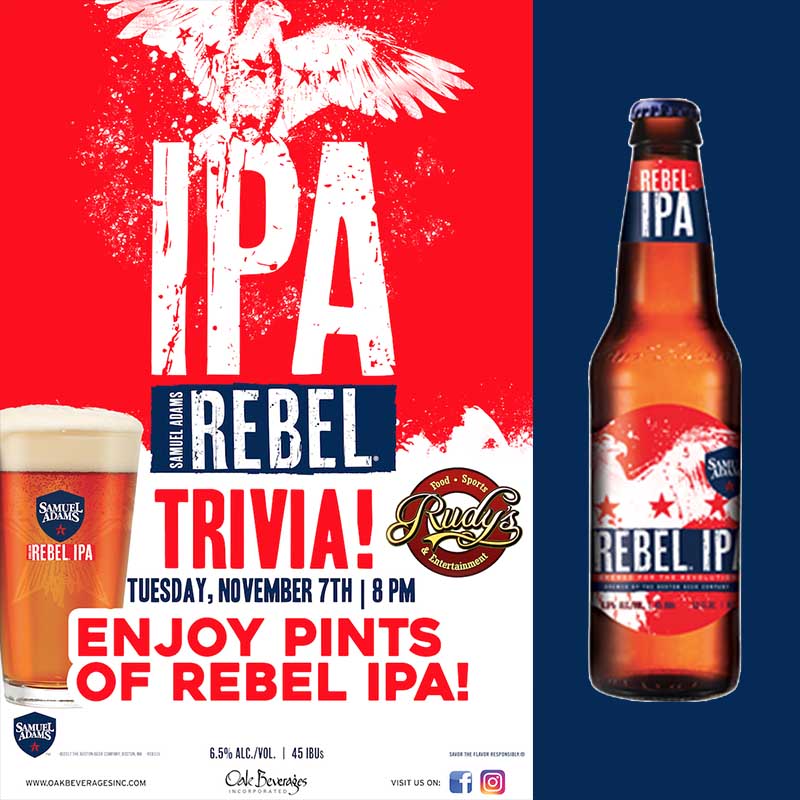 Rebel IPA – the first West Coast style IPA from the same brewers that started a craft beer revolution in 1984.

When we first brewed Rebel IPA in our nano brewery in 2014, we wanted to do something that went a little bit against the grain by brewing a West Coast style IPA that wasn’t just about bitterness, but had balance and paid homage to the aromatics and flavors of some of our favorite West Coast hops. We loved Rebel IPA, but our brewers challenged themselves to make it even better.

After more than four years, our brewers undertook what they’ve dubbed “Project Lupulus.” Project Lupulus refers to the scientific name of a hop, Humulus lupulus, and its special lupulin glands which are the fundamental source of flavor, bitterness, and aroma in hops. For Project Lupulus, our brewers looked to optimize the flavor of each hop variety by changing up the blend and ratio of hops for the new Rebel IPA. As part of this project, we collaborated with a hop breeder in Yakima Valley, WA to create a new hop variety that is proprietary and exclusive to us called HBC 566. Read more…

Located in the heart of Westchester County, Rudy’s is a family owned and operated restaurant in Hartsdale, NY. Rudy’s offers its costumers not only a wonderful variety of food, but has daily promotions and entertainment, including *kids Eat Free Mondays * Trivia Tuesday * Open Jam Night,* comedy nights, *live music* Sports Specials, and more. With over 40 TVs and 14 beers on tap never miss any of your favorite games! Come over for our daily & nightly drink and food specials!