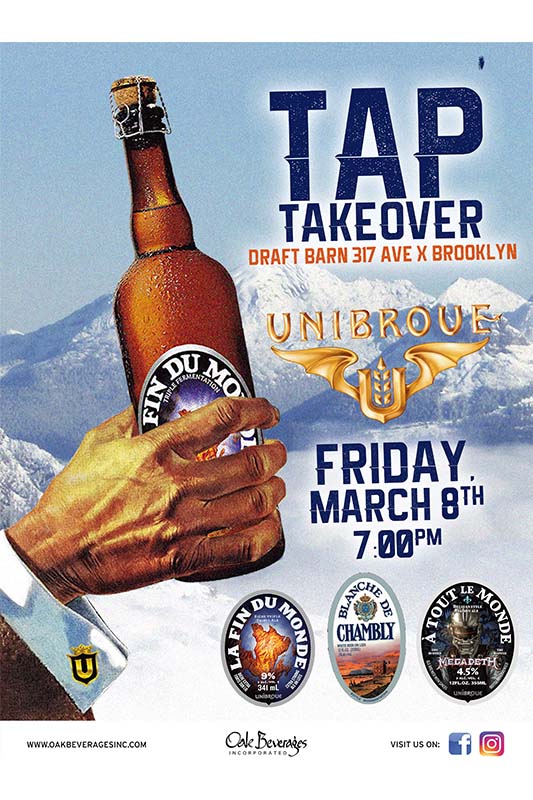 Unibroue MEGADETH
Unibroue A Tout Le Monde MEGADETH is delicately spiced. Citrusy and slightly tart with hints of tropical fruit such as mango and lychee.

Unibroue La Fin Du Monde
This triple-style golden ale recreates the style of beer originally developed in the Middle Ages by trappist monks for special occasions and as such it was the first of its kind to be brewed in North America.