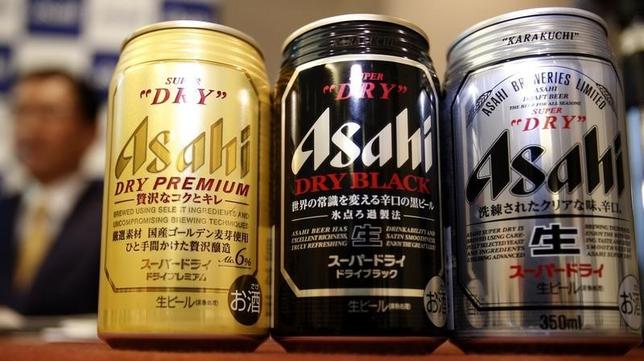 Known for its Super Dry beer, Asahi is Japan’s biggest brewer with 38 percent market share but it is not widely sold overseas, where the planned merger of SABMiller and Anheuser-Busch InBev is set to create a globally dominant player.

Grabbing premium foreign brands discarded in the AB InBev-SABMiller merger would give Asahi access to growth outside Japan, which has seen two decades of declining beer sales due to a shrinking population and the growing popularity of wine.

“If they can use the sales channels of the two brands to expand distribution of its Super Dry beers, which have done well in international beer competitions, then we should also be able to see some synergies as well.”

Asahi’s earnings growth would be limited to about 2 percent to 3 percent a year without any deals, Fujiwara said.

The source, who was familiar with the ongoing negotiations, declined to comment on the deal price and requested anonymity because the bid was not yet finalised.

The Yomiuri daily on Saturday reported the deal could cost 400 billion yen ($3.4 billion) and would be the biggest overseas beverage acquisition by a Japanese company, topping Kirin Holdings Co Ltd’s (2503.T) $3.3 billion takeover of Australia’s Lion Nathan in 2009.

Anheuser Busch InBev, which agreed to buy SABMiller for $100 billion plus, has been seeking potential bidders to buy Grolsch and Peroni, sources close to the process told Reuters last month.

Peroni and Grolsch are small, premium brands and AB InBev wants to avoid getting bogged down in regulatory scrutiny over a European portfolio that already includes Corona and Stella Artois, the sources said.