Unibroue is a brewery located in Chambly, Quebec, Canada that was started by Serge Racine and Quebec native André Dion. The company was purchased by Sleeman Breweries Ltd. in 2004, which was itself taken over by Sapporo in 2006. The company was incorporated in 1993 and is the first of three microbrewing companies in Greater Montreal area (followed by "Brasseurs RJ" and "McAuslan"), both chronologically and in terms of sale benefits.

By 1992, La Brasserie Massawippi Inc. became a wholly owned subsidiary of Unibroue. Afterward, it changed its corporate name to Brasserie Broubec Inc. and in July 1993 merged with Unibroue. It was bought by Canadian brewer, Sleeman Breweries Ltd., in 2004. Sleeman, in turn, was purchased in 2006 by Sapporo. 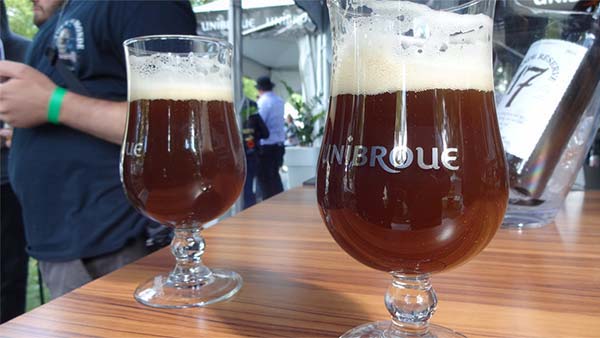 OUR KNOW-HOW
To craft our beers, we draw inspiration from the great brewing traditions developed over the last two centuries by Trappist monks in Europe—particularly in Belgium. Our beers preserve all their protein and part of their yeast, making them truly worth savoring.

Unibroue makes a wide range of beers, although there is a focus on Belgian-style brews, such as their Maudite ("Damned"), La Fin du Monde ("The End of the World"), and Don de Dieu("Gift from God"). Most of Unibroue's beers are bottled "on the lees", or containing yeast sediment (or lees). This practice provides additional fermentation, also called bottle-conditioned, after bottling. The result is a beer which ages well if kept in the dark and un-refrigerated, and allows it to be shipped relatively cheaply to international markets. The yeast gives Unibroue beers a cloudy appearance and provides a characteristic element to the taste. On many of their labels, suggested serving temperatures (for example, "better at 12°–14°C") are included. 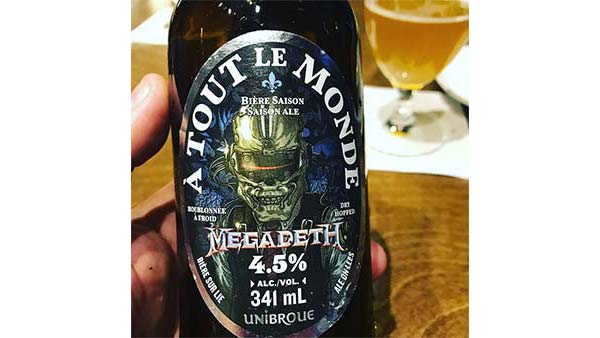 Thank's to our host Unibroue!